5 Reasons to visit the Roman Baths 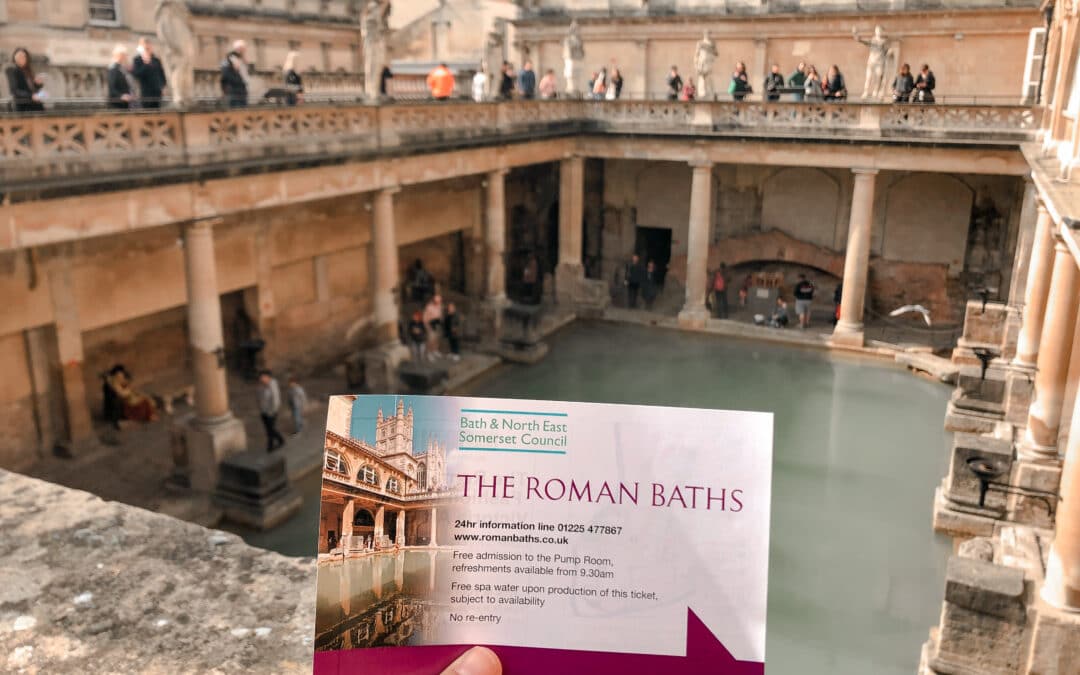 5 reasons to visit the roman baths

If you follow me on Instagram, you know how I'm passionate about the city of Bath. Today I'd like to share with you the 5 reasons to visit The Roman Baths at least once in your life.

I’m determined to show the world that England is not only London! To start this mission of mine, I’d like to share with you, my personal 5 reasons to visit The Roman Baths.

I’m a huge fan of this tiny, yet important city of Somerset. Bath has the most beautiful architecture I’ve seen in such a small area. You can pretty much walk the entire city in one day and appreciate the amazing historical heritage it has to offer. I’m sure you will see many blogs around here about this city. But let’s start with one of my favourite places: The Roman Baths.

1. Learn about the rich history of the West from pre-Roman to Roman Britain.

I mean, this is a great reason to visit The Roman Baths if you are as enthusiastic about History as I am. The idea of stepping in the same stones of people that lived over 2000 years ago, fascinates me! It’s incredible how the remains of the spas are so well preserved and how the thermal springs still flow with natural hot water!

2. Travel through time with the help of technology.

Ok, this might not be very new to you, but to me, when I was a child, going to museums used to be very boring. Usually, we had to listen to an old person talking very slowly in the least engageable way as possible. With the new ways of immersing people into virtual reality, museums and historical places have become so much more interactive. The Roman Baths have not stayed behind on this matter, in fact, they have won awards for their audio guides, available in twelve languages, with one especially for kids, one for people of all ages and another by Bill Bryson commenting on the Roman site. (All included in the admission price).

You can also watch several video reconstructions and dive into what it would be the Roman ancient world! Pretty cool right?

This is such an incredible idea to go for a fun family day!

The Roman Rescue is the most recent activity launched this 2020 at The Roman Baths. I’ve had so much fun helping free a desperate Roman slave from his centurion master! Unfortunately, we couldn’t crack the code on time, but it was an incredible experience!

Below some important information:

Capacity – Up to 6 people

After some hours of Roman “submersion” what about travelling to Jane Austen’s time? I don’t know about you, but I love to imagine to be a Georgian lady and there is no better place than The Pump Rooms to do so.

You can choose between, morning menu, lunch, brunch and afternoon tea. I highly recommend the afternoon tea after visiting the Roman Baths! Make sure you book your table in advance as this is one of the most visited Tea places in the city!

Of course, I couldn’t finish this blog without an “influencer” tip!

The Roman Baths are incredible for that “insta shot” you always look for. The cream colours of the stones marry the turquoise blue of the water creating a natural “orange and teal” that we, content creators just love!

One advice? Offer to take a photo of someone trying to take a selfie, and then ask the favour back! But please don’t forget that everyone wants a picture at The Roman Baths, be mindful and don’t take too long! 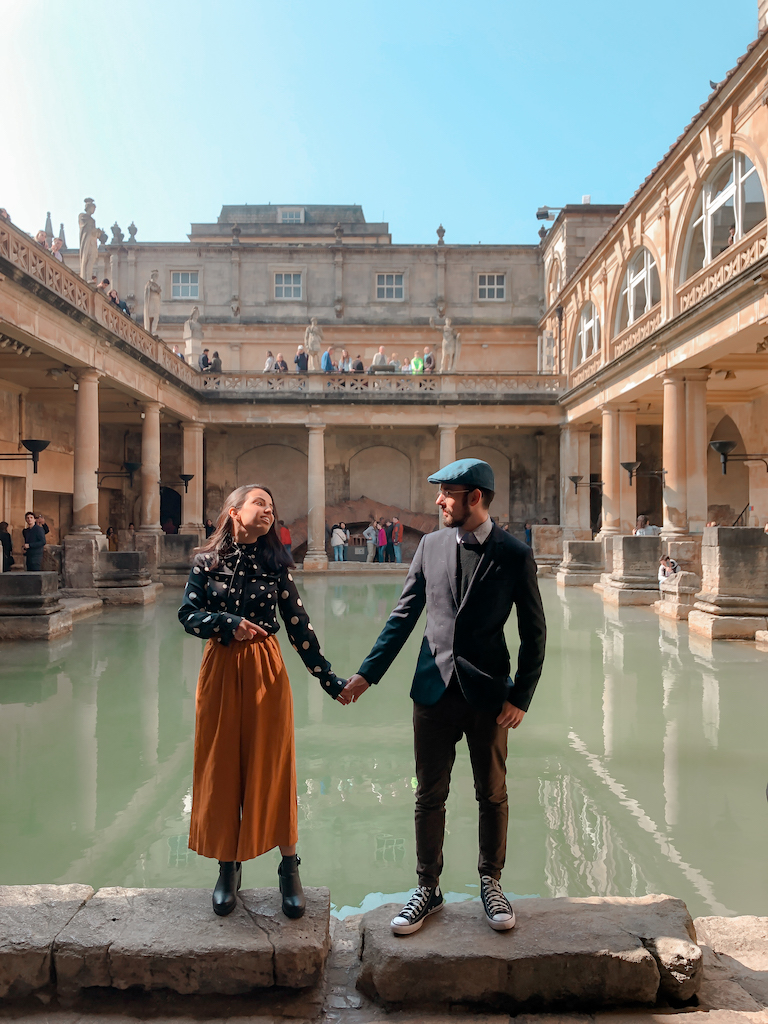 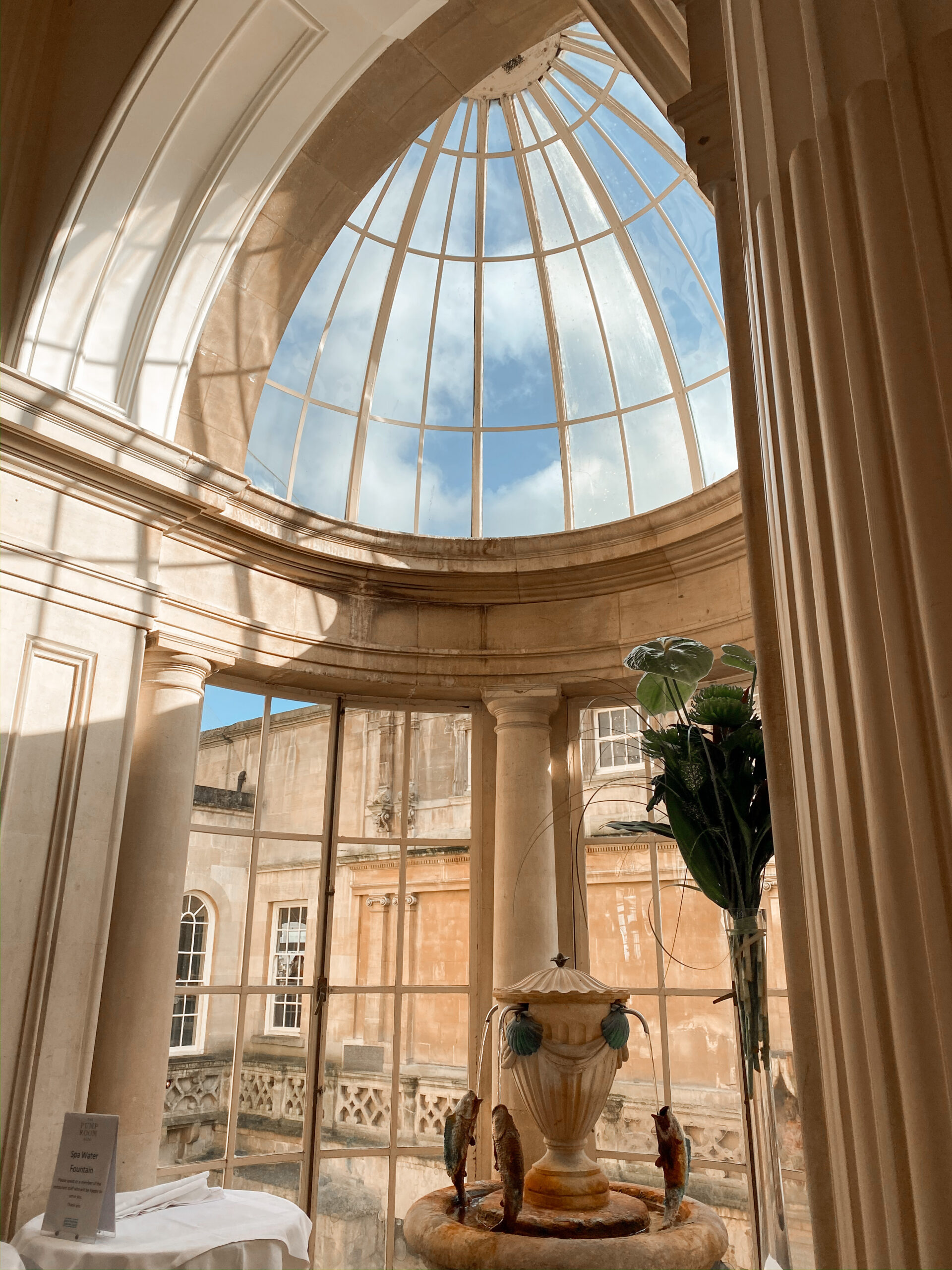 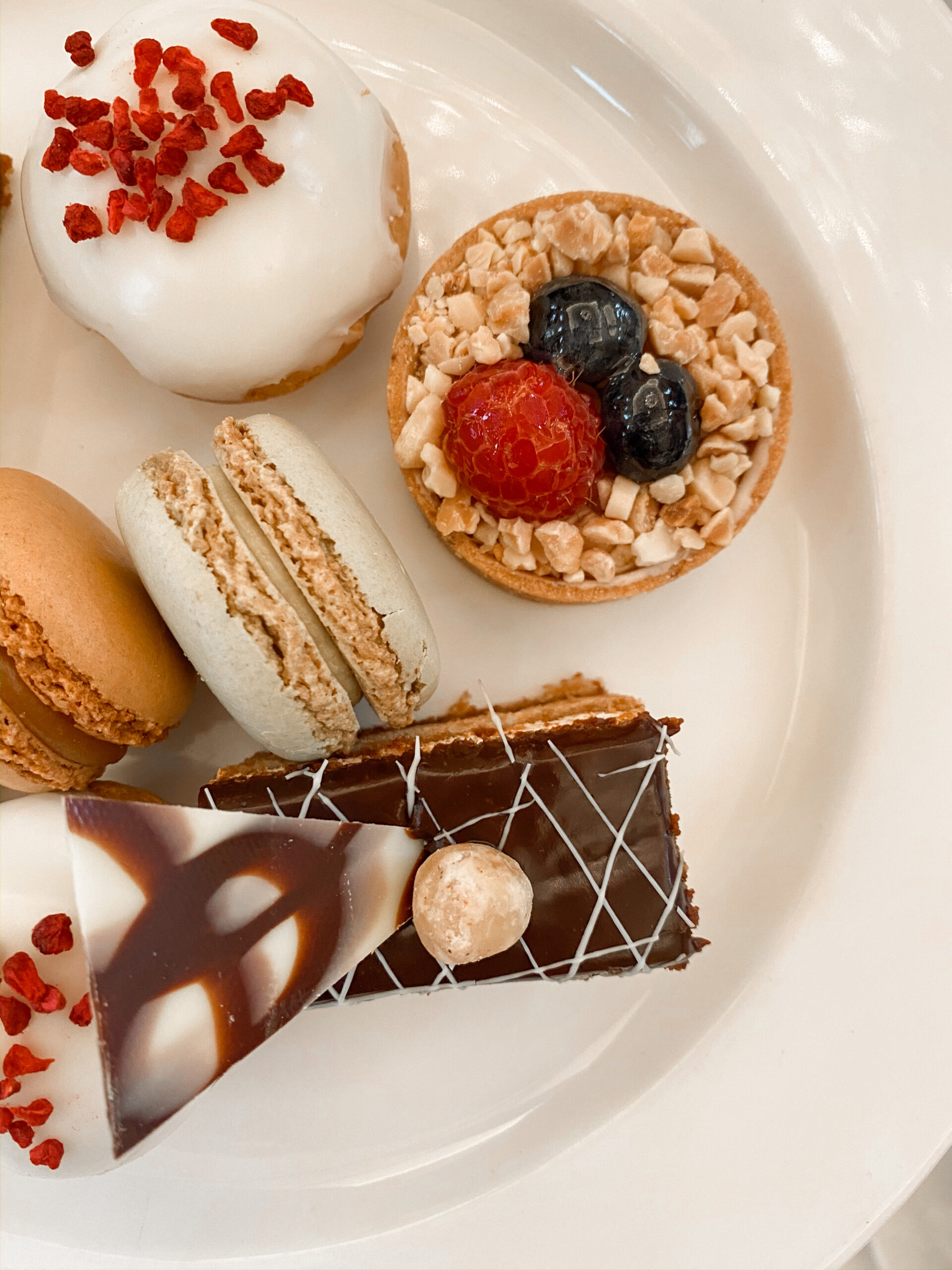 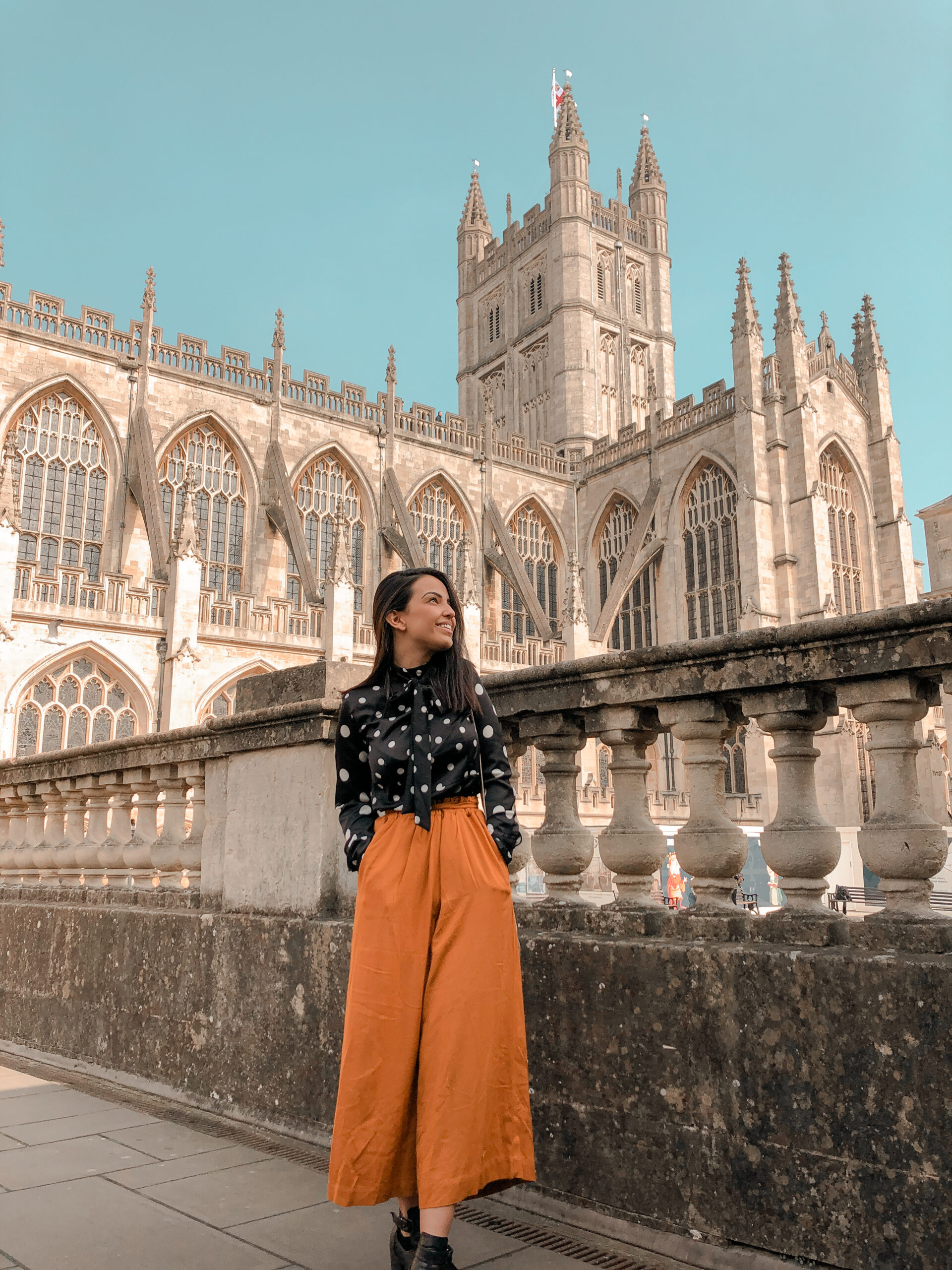 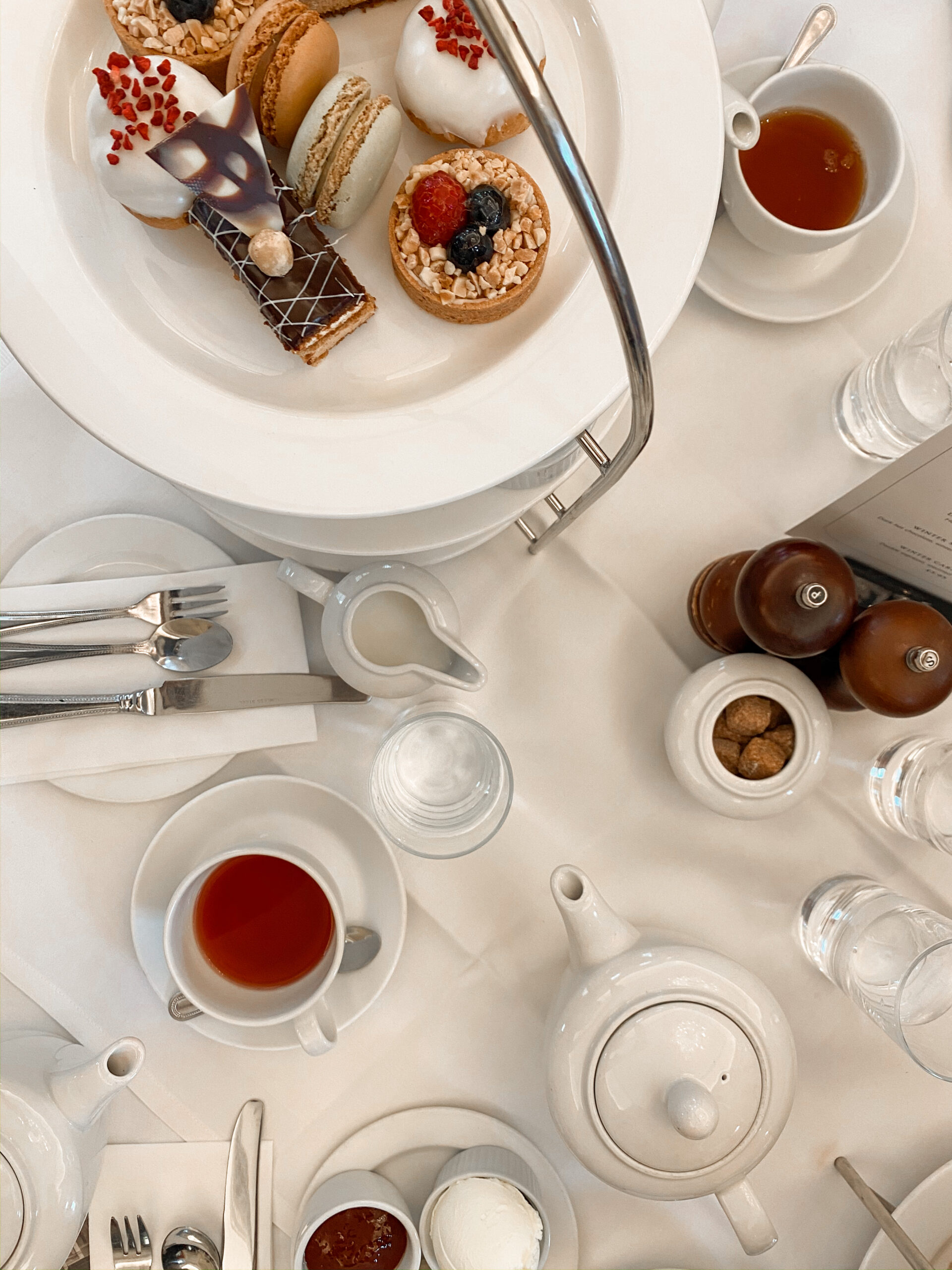 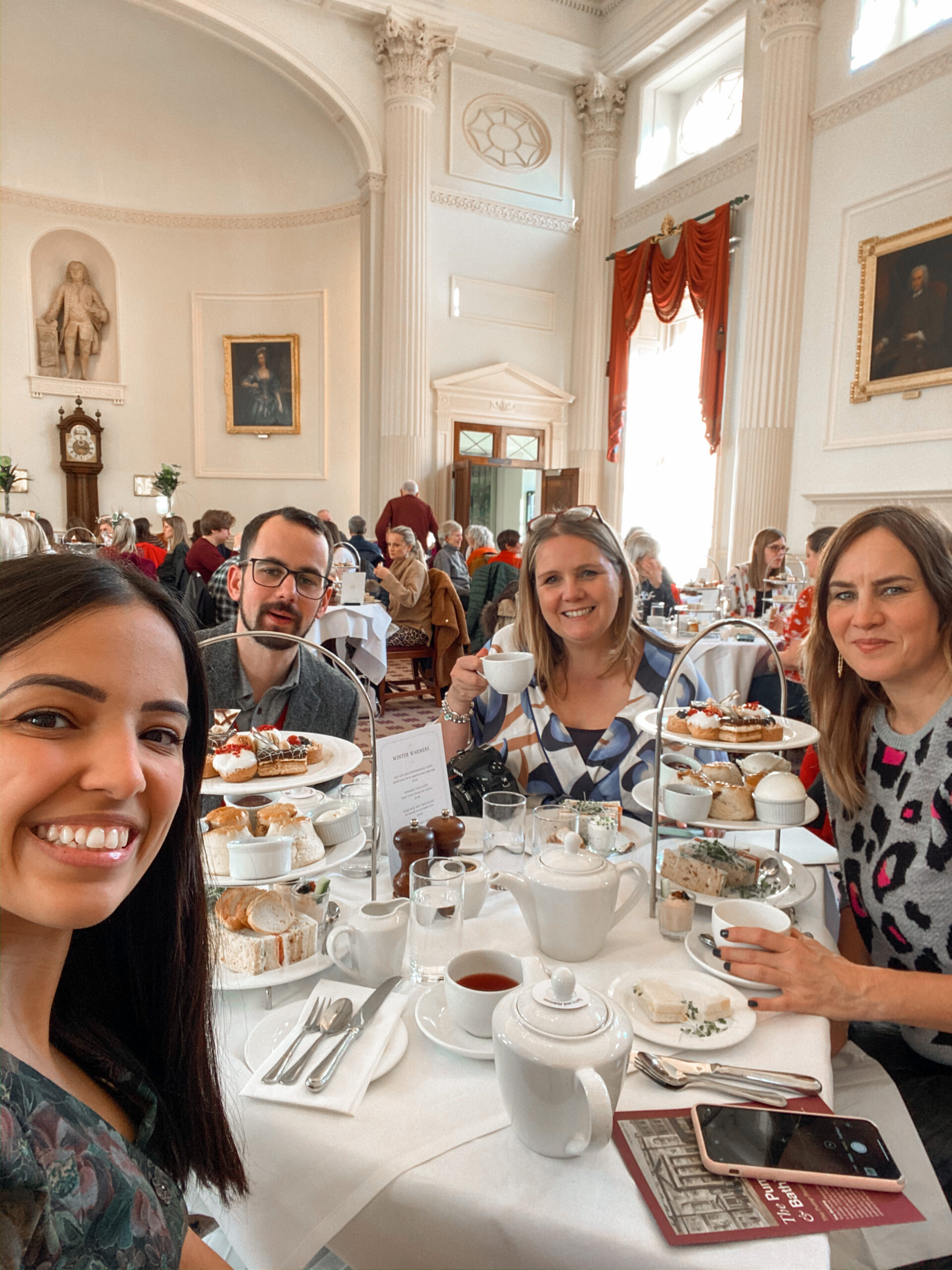 Want to know more about the Sustainable Fashion world? Just leave your email below 🙂